Posted on November 26, 2012 by TechCommGeekMom 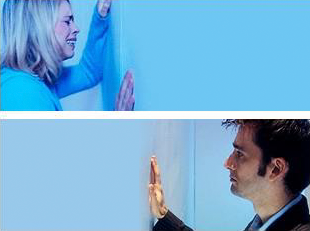 It became very apparent to me in the last week that I could not live without mobile technology. You would’ve thought that I would’ve learned it during the aftermath of Hurricane Sandy. But it hit home much more for me this past week, and I’ll tell you why.

My husband went off on a trip to visit his family in South America. He hadn’t been there since 1997–a time where we had been merely dating. He was away for nine days. Now, for those who are separated from loved ones often enough, nine days might not seem like a lot. My husband and I have been apart for two to three days at a time, but we have never been apart for as long as nine days since that last trip he made in 1997 below the equator. We also didn’t have a child to consider at the time he last went on such a long trip–a sign of times changing. I hate the idea that we were going to be separated for so long.

The other sign of the times changing was that as much as I missed him terribly, I was able to communicate with him while he was down there. Now, the last time he went down there, he and I would sometimes talk by email or by Windows Messenger, but it wasn’t frequently, just because internet connectivity was limited down south, and it was expensive even back then. I wasn’t on a cable coaxial connection back then, but rather a dial-up modem, so time was money.

Internet infrastructure and technology has improved over the last 16 years, fortunately for us. This time, while we did use email, we also texted and used Facetime. We could send photos and video to each other in real time.  How? I made sure that my husband brought his smartphone and my extra iPad on the trip, not only to help keep him entertained on the plane with digital movies, books, magazines and games, but so that we had a way to communicate easily too. My father-in-law had installed wifi at his house (it helps that my younger brother-in-law, who still lives with his father, is a computer geek), and so my husband and I could share live conversations on Facetime (he’d call up my iPhone). We’d also be texting each other when needed for quick bits of information during the day, emailing and instant messaging as well. It helped ease how much I was missing him during the trip.

What definitely convinced me that I could never live without mobile devices was the night that my husband was returning from his trip. He was at the airport which had wifi (although it was not strong and somewhat spotty), and to kill some time late at night before his flight, my husband called me on FaceTime to have a video conversation. We could talk more freely than we had during his last trip away. He was amazed at the clarity of the video communication, and there was a moment while we talked when I could see in his eyes that he missed me as much as I missed him. It happened faster than fast, but it was something that could never be communicated with words in a text, email or instant message. It might not even be communicated the same way in a digital photo or video. It was talking in real time that captured it, and it was captured in my brain forever. That’s something that can’t be done that easily with a desktop or laptop. I don’t think that moment would’ve even been possible with a laptop–it would’ve had to have been done with a smartphone or tablet to have happened.

I talk about how mobile technology is the wave of the future–or really, the wave of NOW–in e-learning. I still believe that. But the other night, hours before my husband began his journey home, I learned an important part of mobile technology.  Mobile technology is not only to be able to capture video, audio, photos or have a conversation of an event going on anyplace, anytime, but the actual impact of being present for learning in real-time during such an event is everything. It’s the next best thing to being there in person. A conversation between a person in a South American airport and another sitting on a couch in Central New Jersey using streaming video and audio wouldn’t have been possible years ago. It is now.

Criticisms of m-learning often relate to the use of social media, implying that there is a lack of real communication between people because of the presence of social media. I disagree. If anything, it’s helping to bridge the gap, so that moments like my video conversations with my husband can be possible. They don’t have to be between family members, but they can be with colleagues on a project just as easily. Yes, video conversations have been around for a long time too, but not like this. If my husband had wifi in other places he travelled while visiting his family, he could show me in real-time what was happening around him. Now, the wifi infrastructure down there isn’t even close to what we have up in the States, and even here in the States, as I have mentioned before, we could have better support and availability of wifi around the country for better communication. Just think about that for a moment. If wifi infrastructure was strengthened globally, we truly could have a better “anytime, anywhere” experience not only to talk to each other but to learn from each other.

You will never be able to take a mobile device away from me, that’s one thing I’ve learned for sure!