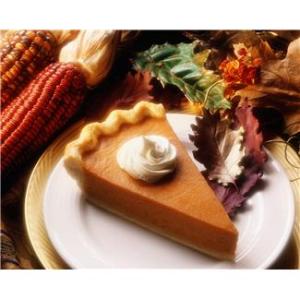 Today, in the United States, it’s a holiday. Thanksgiving is a day that we Americans celebrate to remember the sacrifices that the first English pilgrims made after their first year of survival in the New World. The celebratory tradition started with those pilgrims sharing the bounty of the harvest they reaped with the Native Americans who lived in the area and taught them some of the survival skills, and gave thanks for everything that came their way. Many generations later, we Americans, use this day to remember and give thanks for what we have as Americans. We celebrate with family, friends, and a huge feast.

OK, so that’s the general idea of the holiday–or at least that’s what it’s supposed to be. The legend or fairytale has been marred over the years with the realities of those who were cast out due to religious oppression in their own country coming to this one and taking horrible advantage of the native people, eventually driving them out over time and making the Native American nation into a minority that is still, to this day, trying to culturally and literally survive. America, for all the pretty stories of pioneering, didn’t always get there in a nice and clean way with hard work. There are some ugly stories too. I just wanted to put that out there, just in case anyone thought that I was unaware of any atrocities in our nation’s history and had notions of any overly lofty American ideals.

But for a moment, let’s just run with those lofty ideals for a moment, and get back to the core idea of how Americans celebrate it now–Americans of all races, religions, cultures, ethnicities and creeds celebrate. Thanksgiving is a nice concept of a holiday, no matter how one celebrates it. I’m sure there are other holidays in other cultures that have something like it, where it’s just a day to celebrate family, friends and whatever good fortune has come by in the past year. There’s been a lot of bad things that have happened over the centuries, and even more recently. Heightened wars in the Middle East, poverty and starvation in different parts of the world, and even closer to home, the devastation of what Hurricane Sandy did to my home state and area. This is a day that I’m thankful that the worst thing that happened during Hurricane Sandy was that a tree fell on our house and ruined part of the roof, and that I didn’t lose my home or more importantly, my family.

It’s a time to realize that while no life is perfect, and all people have their own issues, that some good things can come out of life, and to be grateful for those good things, whether they are big or small.

So, whether you are in the United States partaking in a big holiday, or it’s just another Thursday or Friday (other places, it’s Friday already from the time I’m writing this!), take a moment and remember what it is that you are thankful for, even if it’s just being glad the be able to pursue a technical communications career that is growing and expanding each day, and that you are part of the great changes that are happening in this world–one little bit at a time.