What Can Technical Communication Do After The U.S. Election?

Posted on November 13, 2016 by TechCommGeekMom 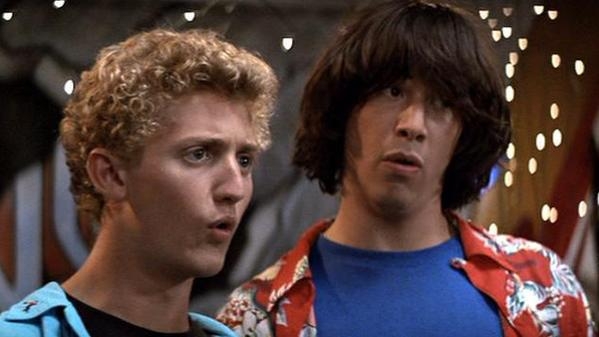 In the past week, the United States had an important election for its next President. The election results, to say the least, have been controversial. While I’m not one to usually talk politics on this website, I’ll simply say that this past week has been devastating to me, and has hit me hard. It wasn’t because my candidate lost, but because her opposition, who promoted MANY values which I do not endorse in the least, was elected. There has been a segment of people in my country, that as a result of this new leader’s position, that think that they, too, can engage and promote these inappropriate behaviors, while others are trying to find ways to express and take action against those inappropriate behaviors.

A big part of my disappointment is that the President-Elect, who is not known to choose his words well or speak eloquently, promoted animosity towards people of different colors, people of different faiths, people of different sexual orientation or identification, and women in general. That’s problematic. These are all people who contribute to our society in positive ways, and don’t have any reason to be maligned at all. AT ALL.  I’ve always talked about the technical communications community being my “clan”. During the years I’ve become more involved with the tech comm community, I’ve found that each time I get together with my tech comm bretheren, the diversity among American technical communicators is what makes us an example of how American diversity is supposed to work.  This diversity carries over into our relationships with technical communicators around the world.

A big part of tech comm, especially in the last five to ten years (if not longer) has been embracing the knowledge that globalization and localization is an important key to effective technical communication. Whether it’s for business purposes or otherwise, a large part of what technical communicators do is write with the ability to reach out to the world. Not just their own hometowns, their own states, their own regions, or their own country–they write for a global audience.  With recent events, we are reminded that we need to continue to keep our hearts and minds open to different languages, different cultures, different religions, and different traditions here at home before it even goes abroad.

The other thing that has me very concerned is the economy. The U.S. was in a deep recession before the current President took his office. The economy has recovered, with the unemployment rate easily half of what it was during the recession. I’m definitely one of those people who felt that pinch, but worked hard to end up ahead. During these recession years, I went back to school–and some of it was paid for by my state’s training programs for re-employment–to reinvent myself as a technical communicator. I realized what my skills were, where I had gaps, and I filled the gaps as best as I could. Even now, I still do that. I constantly am trying to pick up new skills to keep myself flexible and employable.

When the world starts getting topsy-turvy, companies react for self-preservation, and that can result in job losses, often for people like technical communicators. It’s the old thing of doing more with less, so hiring stops or slows down until the company can figure out how the election will impact the economy. We’re in that position now, which is not good for those of us who are currently looking for new projects or jobs right now. So as we’ve had to do before, we’ll need to learn to adapt again.

Related to the economy, I’ve been listening to the pundits on television talk about how both political parties ignored a specific segment of disengaged voters from rural America that made their needs known through their votes. We’re feeling the impact of those votes now, but it has opened up a discussion about how to address bridging the gap. The focus of the political parties, according to the pundits, concentrated more on those who were living in the big cities and the suburbs instead of addressing the needs of rural America, or not addressing rural America as much as it should be.

This issue provoked a lot of deep thinking for me. One of my biggest issues related to rural America that I can relate to as a technical communicator has been finding work outside of a large city. While I live in between New York City and Philadelphia–two of the biggest cities in the United States where there are plenty of technical communication opportunities–they are too far a commute for me to go on a daily basis. Now, imagine someone who has a great set of technical communications skills, but then lives somewhere that isn’t anywhere near a big city. What do they do? Additionally, thinking even outside the box of technical communications, why isn’t there more industry spreading out around the country, to bridge those gaps? For example, why doesn’t Apple have offices in the middle of Nebraska that can start to help devise tech tools that can help various types of farmers in the rural areas of the U.S.? That’s not their focus, I know, but perhaps they should start thinking outside of their own box. How could someone in rural America use their products, provided that they could afford them? How would those products help agricultural services grow and prosper? The biggest question of all this is, how can we ensure that rural America is part of the globalization and localization movements? I was remembering that for many years–I don’t know if it’s still in place–that the U.S. Goverment used to pay farmers to NOT produce surpluses of crops. What if we could help them, by allowing farmers to produce whatever they produce, and help them learn how to globalize their businesses with shipping their crops or products made with those crops? When those government subsidies were created, there was no internet commerce, no globalization on the scale there is now. How can we, as technical communicators, help change that view and help that person globalize their business? (Perhaps I’m over-simplifying things here and don’t have a full grasp of economics, but hopefully you understand where I’m going with this thought process.)

Part of that, in my opinion, goes back to two things I’ve talked about many times in this blog. First, we need to make mobile learning a priority, because it’s not just second- or third-world countries that need opportunities to advance. There are already segments within the U.S. that have yelled loudly through their votes during this election that they need it, too. Education is progress, even in rural areas. If someone has a problem with land producing crops, and they only know the old solutions that aren’t working, then technology is going to be the solution in educating them on how to create or learn new solutions.

Second, companies have to start being more flexible towards remote work. Not everyone can get up and move to a big city or large suburban area to find appropriate work. They need to stay in their community for whatever reason. A great solution in figuring out how to extend globalization and localization within our own borders is allowing remote work. That way, that person from rural America can work doing what he/she does best, while still being an active and vital member to their community, and perhaps with the good pay they have, can help to revitalize their local economy, bringing that knowledge to their community instead of having to move elsewhere and not making a direct impact.

The proclivity of technical communicators, from my observations, is that they have big hearts. They have strong ideas, they are organized, and they know how to take action. They are generally open-minded, they think “outside the box” for solutions, and they understand the importance of reaching out and embracing the world because the proliferation of the internet has warranted it.  We can make a difference in how we approach our work, both domestically and internationally, to set an example of best practices of being decent human beings trying to help each other progress and survive in this world.

This isn’t just something that Americans need to do right now, but it’s everyone globally who supports the basic values of every human being being treated with respect and dignity, and providing moral support whenever possible that needs to be part of this. We all have the same human rights and needs. We all need to be able to live together, work together, and survive together. Technical communicators have the ability to shape ideas and processes. We are strategists at heart, whether as wordsmiths, content strategists, or instructional designers, or any other title that falls under the umbrella that describes technical communication.

In the coming weeks, months, and years ahead, we need to figure out how each of us can contribute to this human goal, starting at home. Let’s start with the words from the Wyld Stallions of “Bill & Ted’s Excellent Adventure”: 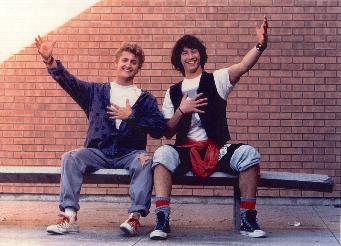 “Be excellent to each other!”

Danielle M. Villegas is a technical communicator who has recently started her own technical communications consultancy, Dair Communications. She has worked at the International Refugee Committee, MetLife, Novo Nordisk, BASF North America, Merck, and Deloitte, with a background in content strategy, web content management, social media, project management, e-learning, and client services. Danielle is best known in the technical communications world for her blog, TechCommGeekMom.com, which has continued to flourish since it was launched during her graduate studies at NJIT in 2012. She has presented webinars and seminars for Adobe, the Society for Technical Communication (STC), the IEEE ProComm, TCUK (ISTC) and at Drexel University’s eLearning Conference. She has written articles for the STC Intercom, STC Notebook, the Content Rules blog, and The Content Wrangler as well. You can learn more about Danielle on LinkedIn at www.linkedin.com/in/daniellemvillegas, on Twitter @techcommgeekmom, or through her blog.
View all posts by TechCommGeekMom →
This entry was posted in Uncategorized and tagged 2016, American election, content strategy, digital literacy, Distance Learning, DIY education, e-learning, education, edupunk, elearning, election, globalisation, globalization, Learning, localisation, localization, m-learning, Online Teaching and Learning, tech comm, TechCommGeekMom, Technical communication, technical communications, technical writing, translation, U.S. Election. Bookmark the permalink.

3 Responses to What Can Technical Communication Do After The U.S. Election?