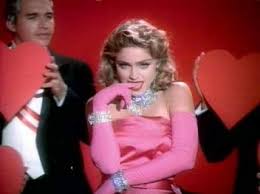 Tonight, I found out something that totally angered me. A year ago, I had applied for a scholarship, and moved heaven and earth between full-time work, taking two grad school courses and juggling motherhood of an autistic child to get this application in. I turned it in before the deadline, and according to what I could see on the application site– which was done through Moodle–(why Moodle? I have no idea.) I saw that a total of six people had applied, and two had sent the application in after deadline. So, if you took the other four people as the eligible ones (myself being one), I had a 1 in 4 chance of getting this scholarship. Pretty good odds, I would think, right? Well, I heard nothing. A year has passed, and having heard nothing at all–not even a “Sorry, Charlie” letter or note or even an announcement saying who actually won the award. Then today, I saw an email for this year’s invitation to apply to the same scholarship. I sent a note to the person who sent the email, saying that I never heard back, and I can’t apply now since I’m about to graduate, so it’s too late, but what happened?  She wrote back and said she had no record of it. I was able to pull up the record on Moodle, and sent her the screenshots that most definitely said that I had sent in all the information needed.  Her only reply was, in so many words, “Oh, sorry. It was my first year using Moodle, and I didn’t see it there.”

As you can imagine, I’m livid. It would’ve been one thing if I genuinely lost out to one of the other three applicants, but I didn’t even have a chance because somebody was not digitally literate in the tool they were supposed to use to do their job. For all I know, I could’ve won that scholarship. I could’ve certainly used the money to help pay for part of my tuition, and the clout of having that scholarship award on my resume would’ve looked great. But no, because of someone else’s ineptitude, I didn’t even have a shot at it. If you understood the rage I have about this, I’m almost speechless (which is saying a lot coming from my big mouth).

It got me thinking about digital literacy.  I looked for a definition, and the following is what was listed on Wikipedia:

Digital literacy is the ability to locate, organize, understand, evaluate, and analyze information using digital technology. It involves a working knowledge of current high-technology, and an understanding of how it can be used. Further, digital literacy involves a consciousness of the technological forces that affect culture and human behavior. [1] Digitally literate people can communicate and work more efficiently, especially with those who possess the same knowledge and skills.

So, I feel I used the term of “digital illiterate” for this person running the scholarship correctly. She works for a place that I happen to know is technologically “hooked up”, and still… this. And I had to think about what it means to be digitally literate as well, and how it relates to my quest to be involved in m-learning.

My thinking, for better or worse, is that hopefully the use of m-learning will make people more digitally literate. I’m always amazed at how many people in the working world–especially those who work in networked and digitized offices–are not digitally literate. It’s one thing not to know how to use a particular program that’s a niche thing with that company or function, but really– not to know how to use Word? Or basics of Excel? Or how to send an email? REALLY? Maybe it’s because I’ve been into computers in one way or another for the past 30 years (I really did start when I was a kid not much older than my son!), that I always knew that I had to keep up with technology as best as I could, or else I knew I’d be left behind. In fact, during my stay-at-home-mom years, I did fall behind a little bit, and I’m still catching up professionally due to that.

With the proliferation of mobile devices, how can anyone NOT at least start to become more digitally literate? Technology is everywhere, and just using a smartphone to gain information is a form of being digitally literate. If a digital device helps you do your job better and more efficiently, and you know how to use that tool, then you are digitally literate. If you can’t be bothered to learn the technology given to you to make your job and responsibilities work correctly, then you are a digital illiterate.  If you don’t know how to use your digital tools, then you need to either learn through some means, whether m-learning, e-learning, a book or even just asking another person. Is that so much to ask? No, I don’t think so. The world is moving too fast to not keep up with these things.

So, while there are those who might be more focused on material things, like the Material Girl, I prefer to be the digital literate girl. Always doing my best to keep up with the digital tools I need to use, always trying to add new ones to my repertoire, and trying to keep up with technology so I can try to do whatever it is I’m doing better! We need less Material Girls and more Digital Literate Girls, if you ask me.