Is the STC dying? 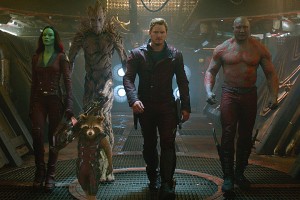 Just like the Guardians of the Galaxy, STC members might be a rag-tag bunch, but we get the job done.

I was moved by a series of articles recently written by my friend, Larry Kunz. The most recent of the three, “Why is it so important that the STC survive?” was the first that I read from a series he had recently produced (there are links within the article above that links you to the others).  It seems that Larry has struck a nerve with his article, as while he provided some points to support the continuation of the STC, there were counter-arguments in the comments that it’s not the same organization that had some pull in the field in years prior.

As someone who has only been a member of the STC for about four or five years, and is still a relative newcomer to the technical communications field, I find that there is great value in the STC.  As Larry pointed out, it’s a group that has become my tribe as well. I have rarely been anything but supported within this group at large. As a new technical communicator at an advanced age, I was welcomed with open arms, which is something I don’t think most groups would necessarily do. Others want the young kids to be joining, or they want to hang out with their professional contemporaries.  So, onboarding into this group was easy. That’s a compliment to the group as a whole. I was scared to join a well-established group, and it’s been nothing but good all the way around.

Now, some of the counter-arguments have been that while the STC provides some great networking and other benefits, it boils down to the infrastructure of the association breaking down over time.  That might be.  My understanding is that several years ago, before I joined, there were some serious financial and “political” issues going on with the STC, both at the international level and the local level.  I know for my own chapter, one of our members worked fiercely to keep it up and running during those lean years, and it took time to rebuild it into the Platinum community that it is today.  It was also argued that other conferences that didn’t exist decades ago are now starting to take over.

Here are some of my thoughts about the whole thing:

First, there needs to be an analysis of what these other conferences are offering that the STC is not. Why are people flocking to these other conferences? What do they offer than the STC does not? Are they truly taking away from the STC, or appealing to a different group? I’ve been to a few of these conferences, and they are a little different, but they are usually more specialized–like focusing on content strategy, whereas the STC tries to embrace a broader audience and more topics.  Lavacon and Information Development World, for example, do concentrate on content strategy and content marketing, yet there is more to technical communication than just topics. There is UX/UI design, there is technical writing, there is social media, there is e-learning…there are a lot of things that are covered under the umbrella of technical communication.  I’m sure that the Summit program committee does its best to appeal to as wide an audience as possible, and they also offer accessible presentations for all experience levels. The STC Summit was also compared to TCWorld in Europe. While TCWorld might be bigger, it’s also drawing in a different audience. What is drawing people to that? Perhaps we need to figure out what they are offering that the STC is not, and start figuring out how to compensate.

Second, speaking of accessibility, I have found that some of the specialized conferences I’ve attended were over my head. They were so specialized and high level, marketing towards the managers and experienced practitioners, that as a relative newbie I had difficulty keeping up with the presentations.  Does this mean I’m stupid? I hope not, although when I walk out of them, I feel like it.  One of the benefits of the STC Summit, to me, is that it while it doesn’t “dumb down” presentations, it does offer information that’s more palatable for beginners and intermediates like myself while helping those who’ve been in the industry for a long time learn how to keep up with new technologies and ways of doing things.

Third, the technical communications industry is going through big changes right now.  As was mentioned in Larry’s articles, some of these other conferences didn’t exist twenty years ago. Do you know what else didn’t exist twenty years ago? Much of what we do today in technical communication! Yes, we still have technical writing, but back then, it was still mostly paper-based documentation. (I know because many of my positions since then has been converting paper processes to web processes.) The Internet has exploded. We barely had web design, let alone responsive design. There were no mobile devices the way we know it now.  Video, audio, and 3-D animated images didn’t have to be included in documentation back then. Technology and the way we access information has changed drastically in the last twenty years.  Because of this, technical communication has changed, and I wouldn’t be surprised if the STC is still trying to catch up with the changes as best as they can, and again, appeal to as wide an audience as possible. Heck, even within the last five years, there have been huge changes, and it’s a matter of keeping up with it. You’d be surprised to know how many technical communicators still aren’t on board with writing for mobile, even though it’s been on the forefront for the past few years.

Fourth, is it possible that prior generations who aren’t as active in STC now or have left are to blame for not bringing in more members over time? I know that bringing in members now is a big push, but what about during those lean times? Could it be that many members were lost during those years?  Also, there isn’t any consistency in recruiting, at least at schools, from my observations. I’m aware of some academic tech comm programs that have great student chapters. My graduate school tried to get a chapter off the ground, but since it was a virtual program, it made it difficult. I can probably count on just a few fingers how many of us are in the STC from my school during the years that I was there. Some were active, some not so much. One of my classmates is a chapter president, and I’m running for office in my chapter. But that’s it.  The fact that the STC is reaching out to other associations on the local, national, and international level is encouraging, because many people do belong to more than one association, and it’s a great recruitment tool. But we need to encourage members in the STC to be ambassadors, and continue to promote what the STC stands for.

I’m sure the next p

oint is, “What does the STC stand for?” I don’t know the answer to that. But perhaps that’s the point–as the body of people who represent it, we need to vocalize what our needs are more to the STC main office so that they can better serve our needs and advocate for us.  There are still walls to be knocked down in this field, and advances to be made, but they can’t do that from inside their bubble in Fairfax, Virginia. Part of the reason that I’m in the STC is because I live in a bubble, too. There are very few STC people or people who identify themselves as technical communicators in my area. I need STC events to help me meet other tech comm professionals, but also see what’s going on in the tech comm world. Unless the STC office is told what our needs are, it can only do its best at making educated guesses as to how to help us. After all, it is an advocacy group, and that’s what it’s out there to do–advocate for us, and help us get the resources we need to be better technical communicators.

I could go on for pages more, but I think you get the idea.  The STC is like a church, in the sense that the church is made of up of the people–the community–and its beliefs, not the building. The STC is made up of many bright, resourceful people, and its survival depends on the support, participation, and belief in the technical communication industry as a community.  I chose to get involved with the STC, and while my bandwidth is limited, I am always open to helping others and supporting others in their tech comm endeavors. I wish I could do more, and in time, I will.  But rather than criticizing the STC, do something about it! If you feel that not enough emphasis on DITA practices is given in presentations, then tell the STC! If you feel like you’ve heard more than your fill about content marketing (like I have), say something! Don’t sit there and complain about it. Be the change.

What do you think? I suggest reading Larry’s articles first, then mine, then please (respectfully) include your comments below. Be part of the conversation.  Perhaps based on the comments, we can draft something to address to Chris Lyons, the CEO of the STC, to help their efforts.

P.S. If it weren’t for the STC Summit, I wouldn’t have actually met Larry Kunz in person for the first time. Larry’s been a fantastic supporter of TechCommGeekMom for a long time via this blog and social media, and it was an opportunity to strengthen our connection by meeting in person at a shared beloved event. I look forward to both of our blogs continuing to provoke conversations within the tech comm community.

Danielle M. Villegas is a technical communicator who currently consults for Cox Automotive, Inc., and freelances as her own technical communications consultancy, Dair Communications. She has worked at the International Refugee Committee, MetLife, Novo Nordisk, BASF North America, Merck, and Deloitte, with a background in content strategy, web content management, social media, project management, e-learning, and client services. Danielle is best known in the technical communications world for her blog, TechCommGeekMom.com, which has continued to flourish since it was launched during her graduate studies at NJIT in 2012. She has presented webinars and seminars for Adobe, the Society for Technical Communication (STC), the IEEE ProComm, TCUK (ISTC) and at Drexel University’s eLearning Conference. She has written articles for the STC Intercom, STC Notebook, the Content Rules blog, and The Content Wrangler as well. She is very active in the STC, as a former chapter president for the STC-Philadelphia Metro Chapter, and is currently serving on three STC Board committees. You can learn more about Danielle on LinkedIn at www.linkedin.com/in/daniellemvillegas, on Twitter @techcommgeekmom, or through her blog.
View all posts by TechCommGeekMom →
This entry was posted in Uncategorized and tagged 2016 STC Summit, Chris Lyons, content strategy, digital literacy, DIY education, higher ed, Information Development World, Larry Kunz, Lavacon, Methods and Theories, STC, STC Summit, STC Summit 2016, TCWorld, tech comm, TechCommGeekMom, Technical communication, technical communications, technical writing. Bookmark the permalink.

4 Responses to Is the STC dying?