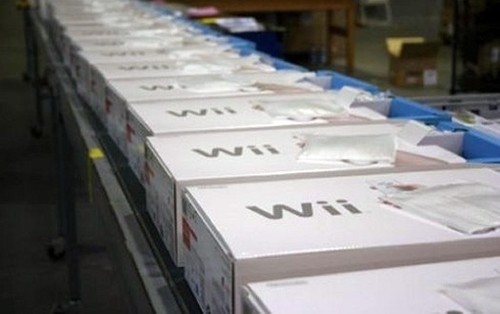 Manufacturing of the aging Wii game console will end “soon,” Nintendo of Japan says. Kotaku spotted the note on a product page for the Wii on Nintendo’s

It’s sad to see the original Wii system seeing the end of the line, but it’s important to note the impact this gaming system has had. Wii was one of the first to have wireless controllers to make gaming more personally interactive. It was also one of the first systems to have wi-fi and connect users with information like news, weather, movies and shopping through it. Over time, other services were added, and gamification took on a whole new level with the Wii.

Since it was introduced, others have come out that can provide all the same services, and some even better (such as the Xbox), but the Wii still holds a place in the hearts of many.  In many special ed schools, it became a tool that could be used for rewards or even for learning balance and body control, and fine tuning motor skills in occupational therapy sessions. Wii brought gamification not just into people’s homes, but into schools as well.  Over time, Xbox began to dominate as its Kinnect controller took this interactivity to a new level, but many still stuck with Wii because of its simplicity.

So, farewell, original Wii system. I know it has served my family well. The newer Wii U is already on my son’s Christmas list. Okay, he wants an Xbox 360 as well, but he’s not going to get it. I told him that if he’s going to upgrade a system (as he has an original Xbox inherited from his uncle), he had to choose one. He chose Wii U. It’ll still play his legacy stuff, plus new stuff.  I will definitely be interested to see what the Wii U offers with its services.