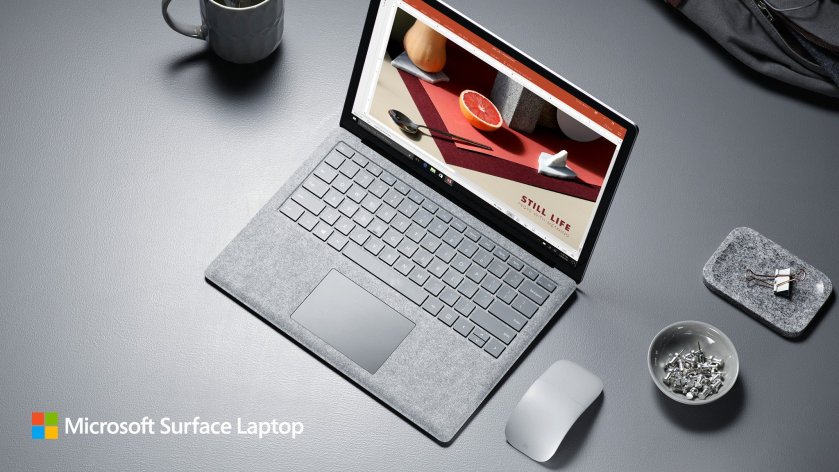 Meet the Microsoft Surface Laptop, a $999 laptop aimed at the college student.

OK, if anyone REALLY knows me, they know that I drool over laptop models the way that some people drool over cars. (In the case of my son, he does both with gaming computer components and cars.)  For me, it’s all about the power, speed, storage…I could go on.  But, like most people, I have a budget. I can’t be buying a new laptop every year.  I try to get something that I can afford and will last me a few years if I can. My current laptop is doing great for now, but it has one drawback–it’s HEAVY. It’s a 17″ laptop, and compared to the last 17″ laptop I had, it’s lighter, but it’s still not great in that respect.

So, I like to ogle at thinner laptops, hoping to find the elusive one that can run Windows 10 (sorry Mac peeps–more software runs on PC, and I’ve heard horror stories about Parallels), has the power, memory, and storage space that I want at a price that I can afford.  Even until now, the most souped up Surface book was out of my price range, as were some Asus Zenbooks I’ve been looking at.

But seeing this new Surface laptop? Okay, so it might be aimed at the college student, but I’m hoping that it’s for the computer science major college student who needs the power apps.  This machine mentioned in this article is very tempting. It has that lightweight factor that I’m looking for, and it’s supposed to be the PC version of what I want I like about a Mac’s design. Could this be my machine in the future? Perhaps. Time will tell.

The only downside is that I would have to pay the US$49 to have regular Windows 10 instead of Windows 10 S, which I’m willing to pay, because I have a lot of apps that aren’t Windows (Hello Adobe Creative Cloud and Adobe TCS, among them!)  It does bring up a concern that I remember RJ Jacquez bringing up at least 5 years ago–when are some software companies going to realize that they need to figure out how to streamline their coding so that they can be apps on tablets or tablet-like devices? I would buy an iPad Pro, but I can’t run FrameMaker on it, can I?

So, we’ll have to see if I eventually get this new Surface–or the next iteration of it–in the future, and if software companies get the hint that their apps need to be either more streamlined to be saved on these streamlined devices or that they make them more cloud based.