We can all be trainers–with support.

Posted on October 14, 2015 by TechCommGeekMom 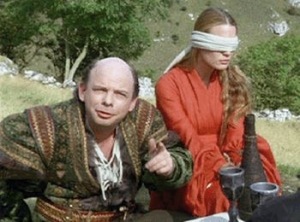 Scott Abel recently wrote an article titled, “Why Thought Leaders Aren’t Usually The Best Trainers,” in which he makes a valid point that not all thought leaders who push out books and PowerPoint slides are trainers or teachers. I get that. He backs up his thesis with some facts to support this. And yes, it wouldn’t hurt for those who are thought leaders who haven’t had to go out in the world to present their expertise to learn some fundamentals of teaching/training.

However, I feel Scott has done a disservice here. Sure, I admit I’ve seen some of the thought leaders he’s described, people who are incredibly brilliant and have a lot of great information to share, droning on with dull PowerPoint slides and who don’t know how to present it in a compelling way to actually feel like you learned something. It sounds like much of my entire higher ed education. I’m willing to bet that many of these thought leaders merely wanted to write a book to share knowledge, and didn’t think that they’d end up training people on their methods or data necessarily.

But with method that Scott used to frame his position, I feel like this article is a big slam against half the thought leaders in our industry, simply because they haven’t had those educational fundamentals instilled in them at times or the presentation skills he seeks. In doing this, his commentary implies, in my opinion, that those with the expertise shouldn’t even bother, because without these skills to be a trainer, you’re not worth the time or effort. “Learn to teach/train, or don’t waste my time.” That’s not quite right.

The thing to keep in mind is that understanding different learning styles, etc. takes TIME, as well as trial and error. It’s not something learned in a day, and most thought leaders aren’t going to go back to school to get an education degree. It’s not rocket science either. Budding educators are even given time–a learning curve of their own–to student teach before being sent out to teach. In the corporate world, there is no learning curve before being sent out in the world. You are thrown to the wolves and told, “Okay, you know this, you are an expert on XYZ. GO TRAIN.” This isn’t to say that there aren’t “train the trainer” programs or other resources out there that we can learn from, but I’m willing to bet that more experts are let loose to learn how to train others by trial and error, rather than be guided themselves. At least they go out there and try, which is more than I can say for others.

To understand my perspective, you have to understand that I am an educator’s daughter. My father did some form of teaching either on the high school or university level for over 40 years, and in his spare time, his idea of “fun” was reading books about learning styles and testing the theories on his kids. (Ask me sometime about family vacations at historic cemeteries instead of the beach. 😕) I also have learning disabilities, which provides a different perspective. I have trained others, including those with learning disabilities as well. There is no right or wrong way to teach if the information is learned. Just as there are different learning styles, there are different ways to teach. As long as comprehension is accomplished, then the task has been completed.

I have been a trainer, and still consider myself a trainer. I don’t know how good a trainer I am, but I know I’ve had my successes and failures in teaching people different concepts. I do know that there are many times I have to re-explain a concept to a learner in a different way so that they understand a concept.

In the end, I’ve realized that as a trainer, the process of learning is a two-way communication. As a trainer/teacher, you can present all the facts you want, but if no conversation ensues as a result, then the lesson has failed. At the end of every presentation, workshop, or one-on-on training I’ve ever done, I’ve always invited the students to not only ask questions, but to share their insights or experiences as well. My goal is that students come away with learning something new as well as validating their own knowledge, since I find that to be the best learning for me. It’s a good deal for me as a trainer because I learn how I can explain concepts better to students, as well as gain some new perspectives.

So rather than be a motivating article to spur thought leaders to improve their skills, I thought it was discouraging towards thought leaders. As a community, tech comm should be more pro-active in lifting those thought leaders who have the great ideas into being BETTER teachers. Writing their books is already an effort on their part to teach us, and many write excellent resources. Summoning up the courage to train people on these concepts can be hard enough. I have no disagreement with encouraging those who are going to share their ideas publicly to get some foundational training in how to train and learn how to assess comprehension. But build those budding trainers up, don’t tear them down. Tell them what they did right, but give them constructive criticism. I’m willing to bet that they will appreciate it, and get better over time.

The expression of “Those who can, do; those who can’t, teach,” ran through my head as I read Scott’s article and while writing this post. I always thought that this expression was rather insulting to the many teachers I know. In so many respects, teachers are more capable than those that “do”. But conversely, there are “do-ers” that can’t teach, just as there are teachers that can’t “do”.  Scott himself is a university instructor and trainer. Does that mean he can’t do what he lectures about? Of course not. He’s an expert in his field, plus he’s evidentially taken the time over years to learn the most effective ways to teach for his audience. Not everyone makes that same effort, or for that matter, is expected to do that. Thought leaders do need to learn some teaching fundamentals, but we shouldn’t diminish their contributions simply because they aren’t the best trainers.

As I said, as a community, let’s work on raising thought leaders to their fullest potential, which includes encouraging that two-way conversation related to learning, which will help them become better teachers and trainers. After all, Socrates, Plato, and Aristotle didn’t have written books or PowerPoint to share their ideas, and they were revered teachers because of discussions. Let’s work on that, instead.

(In the meantime, if you are inspired to improve your training skills, I’m sure there are plenty of resources out there that can help. I think my first stop would be searching through SlideShare to see if there are any pointers out there. I would also watch any video or listen to audio presentations done by those who I think are good trainers, and figure out why I respond to their methods. How was the information presented? What verbal tone did they use? Things like that. Emulate your favorite teachers, because they evidently did something right.)

Danielle M. Villegas is a technical communicator who currently consults for Cox Automotive, Inc., and freelances as her own technical communications consultancy, Dair Communications. She has worked at the International Refugee Committee, MetLife, Novo Nordisk, BASF North America, Merck, and Deloitte, with a background in content strategy, web content management, social media, project management, e-learning, and client services. Danielle is best known in the technical communications world for her blog, TechCommGeekMom.com, which has continued to flourish since it was launched during her graduate studies at NJIT in 2012. She has presented webinars and seminars for Adobe, the Society for Technical Communication (STC), the IEEE ProComm, TCUK (ISTC) and at Drexel University’s eLearning Conference. She has written articles for the STC Intercom, STC Notebook, the Content Rules blog, and The Content Wrangler as well. She is very active in the STC, as a former chapter president for the STC-Philadelphia Metro Chapter, and is currently serving on three STC Board committees. You can learn more about Danielle on LinkedIn at www.linkedin.com/in/daniellemvillegas, on Twitter @techcommgeekmom, or through her blog.
View all posts by TechCommGeekMom →
This entry was posted in Uncategorized and tagged education, Learning, learning styles, presenters, students, teaching fundamentals, tech comm, TechCommGeekMom, technical communications, thought leaders, thought leadership, trainers, training. Bookmark the permalink.

3 Responses to We can all be trainers–with support.