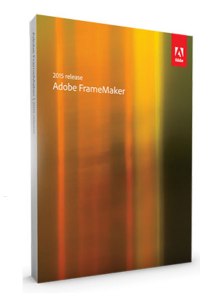 You might have heard by now that there have been some updates to the Adobe Technical Communications Suite (TCS) that were released today! Both Framemaker and Robohelp have been updated significantly, while the other programs (Captivate, Acrobat, and Presenter), have had some ongoing updates as well.

Adobe held two virtual press conferences in early May 2015 to let insiders learn about these latest and greatest releases for updating Framemaker and Robohelp. I’ll start with Framemaker in this post, and post about Robohelp in a post coming soon.

The biggest take-away that I took from the Framemaker press conference was that Adobe has worked to make the application more user-friendly so little or no coding is needed, even though access to code is still available, and that efforts are continuing to push forward to make more global and mobile outputs available.

The latest version of Framemaker will be titled Framemaker (FM) 2015. The reason for this is that way, all the versions within TCS will be in synch based on the year that the version was released. So, Robohelp (RH) and the other applications will also be known by the 2015 label for this release. It makes sense, and easier to track than version 10, 11, etc. for different products.

The presentation was given by Kapil Verma, who is the Group Marketing and Product Manager for the Adobe Tech Comm line of products.

Kapil reminded us that in the last four years, there have been a lot of advances in FM, including DITA support, multichannel publishing, mobile publishing, CMS connector API, multiview XML authoring, AEM connector,  native multi-channel device publishing, FM XML author, MathML, Enhanced collaboration w/mobile and cloud based tech, and other productivity boosters. So, while a lot of upgrades and enhancements have happened in that short amount of time, further enhancements found in this update are sure to make technical writers rather happy.

What’s new in FM 2015? There are six main points that were given, and while Kapil did a “deep-dive” into each of these highlights, I’m going to be giving you the highlights of those points.

Framemaker 2015 will allow you to work faster and smarter with several core feature enhancements.

Personalized content can be delivered dynamically to your end users.

Enjoy a rock solid product with improved usability and performance.

There were SO MANY more details about these new features that I left out for the sake of the length of this post, but if you have any questions whatsoever about this new product, I highly encourage you to contact Adobe. To make it easier for you, click on the ad in the right column of this post to find out more!

As mentioned earlier, this will be part of TCS 2015, which will include the 2015 versions of Framemaker, RoboHelp, Captivate, Acrobat, and Presenter. Buying it as the Tech Comm Suite is a 57% discount from buying buying each of these separately, and you can use these in an end-to-end workflow, so it’s worth getting the entire package!

Pricing & Availability on June 2 (in USD):

Overall, as the main foundation product of Technical Communications Suite, Framemaker 2015 looks to be a significant update that will help provide technical writers with the user-friendly, flexible tools needed to truly create the best content possible for their end-users that serve their ever-growing global and mobile needs.

Oh, and there’s a FREE webinar on June 16th, 2015 to launch the product. If you would like to attend that, register on the Adobe Online Event site. The event runs from 11:00 AM-1:00 PM Eastern Time.