Good listener. People person. Lifelong learner. Sound like you? No, we’re not trying to arrange a first date. These are some common traits of people with successful careers in a booming job market: instructional design. Colleges, K-12 schools and companies increasingly turn to  instructio

Source: So You Want to Be an Instructional Designer? | EdSurge News

I wish I had seen this article several years ago.  Getting into Instructional Design isn’t easy if you don’t have a degree in it, but you still have a lot of the foundational background to break into the field. Some just “fall” into the field, but I have yet to see a job listing for an entry-level instructional designer in the last five years.  Even so, this article will let you know some basics about what it takes to be an instructional designer.

Do you agree with the article’s assessment? Include your comments below.

The other day, I had jury duty. I was rather anxious on a number of levels, but mostly because I was fearful of being chosen for a jury that would last more than a day or two, because I had already put off the first day of a new contract to fulfill my civic duty. My anxiety really got the best of me, as it made me physically ill all day.

I felt very nervous being in the courtroom during the jury selection process. I shouldn’t have been. It was straightforward. This was for a civil case, so it wouldn’t be about anything too gory, awful, or drawn out like a criminal or murder case.

But here’s the irony of the whole thing: when I started college, I was very determined that I was going to be a pre-law student studying international affairs, and that I’d eventually continue to law school. I had participated on high school mock trial teams, and watched courtroom shows all the time, soaking in all the courtroom action whenever I could. So, what happened?

Eventually I’d work for law firms during the summer as an office clerk or a receptionist, and found that I really didn’t like it. I also was having second thoughts about going to law school, since I had some trouble with certain courses in my undergrad years.

As I sat in the courtroom the other day, my memory was refreshed on how court proceedings were done, such as what it means if a judge says that an objection is overruled or sustained, how a court case is run, and the types of questions that need to be asked to elicit the responses that the lawyer wants to get out of the witness. It occurred to me that I was GLAD I wasn’t a lawyer after all. I would have hated it after a while. Sure, there’s a structure to how things are done, and laws are often written so there’s as little interpretation as possible as to what is liable and what isn’t. But sitting in that courtroom made me grateful that I did not lead a lawyer’s life.

After being dismissed from that courtroom and waiting to see if I would be called to another trial, I had time to think about how my life choices took me in another direction. I thought about the qualities of a lawyer, and thought about which of those qualities would make me think I’d be good for that, yet would be applicable to my current career in technical communication.

The reasons were very clear to me almost instantly. Both lawyers and technical writers need and like structure. Lawyers work off the law guides, while technical writers work with style guides. Both are very keen wordsmiths. They often are the authors of policies and procedures and other documentation. The wrong word or the right word can make the difference in what they are doing. Related to that, they are acutely aware of details. One incorrect detail can make or break the situation at hand. Both professions work to relate to their audience, whether it’s a judge and jury, or end-users at large. Both have to be at least a little bit clever to be able to convey their content clearly, cogently, and concisely.

So, was my time being a law wannabe for nothing? I don’t think so. Little did I know that it would help me figure out skills that would be needed for a vocation that I did not know I had yet. If anything, it most likely helped me ease into the technical communications field more easily because I had attuned these skills at a young age for a different purpose.

The very next day after jury duty, I started at my new contract, going back to doing content strategy and management. Oh, what a relief it was! Even though I was working with a new client and a new content management system that I hadn’t used before, I knew that I had something substantial to provide with my skills, and I felt so much more at ease than having to present a case based strictly on law and courtroom decorum. I didn’t have to worry about my skills not being enough to convince someone to judge in favor of someone–or something– I was advocating. Instead, I got to work in a team environment, where my voice was heard as one of a few contributing ideas to create something with a positive outcome–no matter what the outcome. I’m not a lawyer, nor do I play one on TV, but I think many technical communicators know that they must have some of these same skills to be able to produce the best outputs they can to serve a larger audience for positive purposes. We have to advocate for our field constantly, to prove that we are needed in the workforce, and we strive to get positive results.  There are even technical communicators whose specialty is to write up policies and procedures.  Not law school worthy? I beg to differ.

What do you think? Do you think we possess many of the same skills as lawyers, or not? Include your comments below. 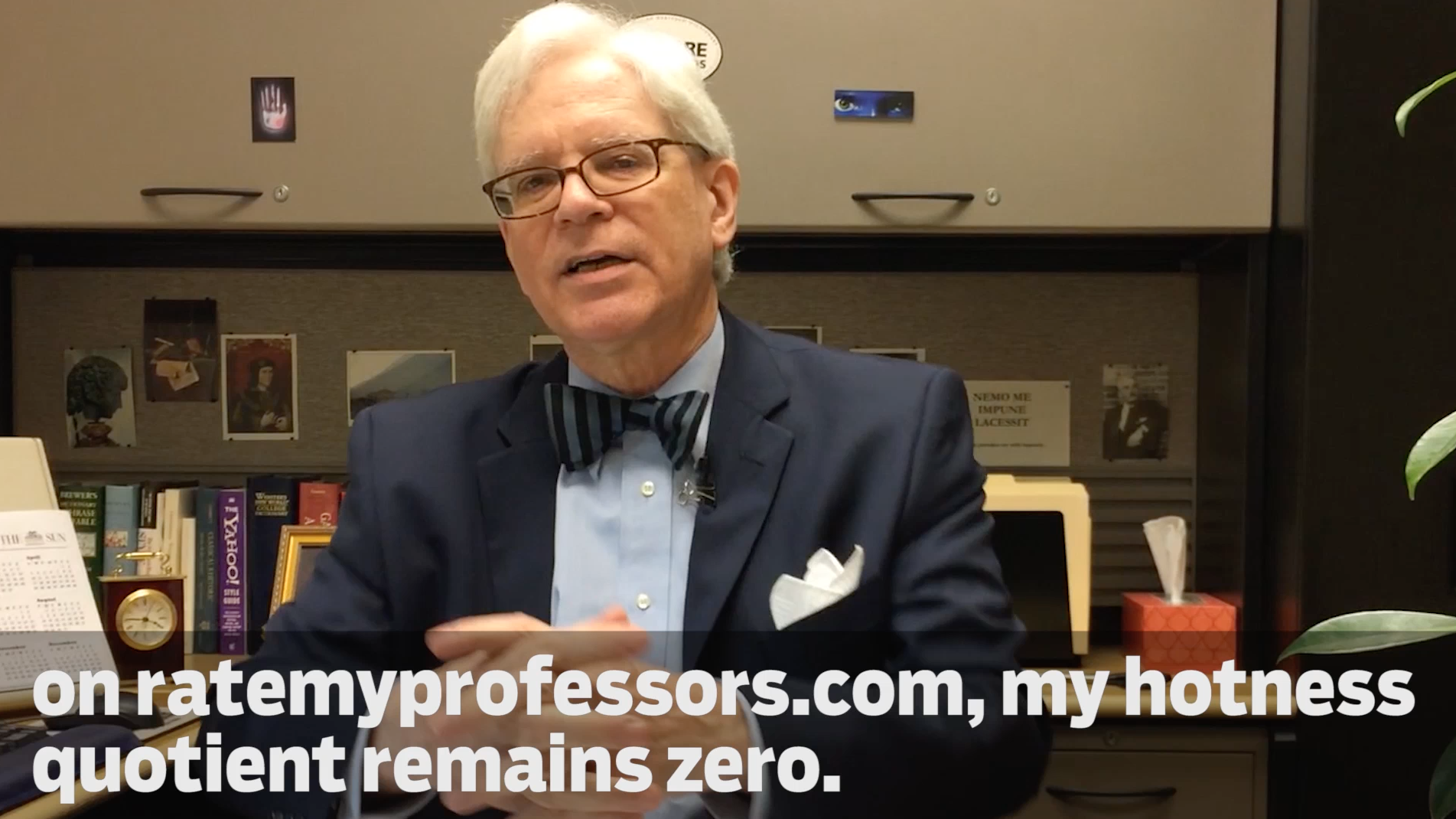 I highly, highly encourage you to watch the video in this link, especially if you’ve ever taken an editing class.  This reminded me SO much of what I had to go through in the technical editing course that I took at NJIT with Dr. Norbert Elliot.  He’s retired now, but his lessons definitely live on! I showed this to one of my classmates from the class, and she said this was exactly how she imagined Dr. Elliot in her imagination, but with a different appearance, naturally.  I spent many weekends and weeknight pouring over texts. Our usual assignment would center on a particular common grammatical error, such as the use of commas. We’d be provided eight to ten sentences, which we would not only edit, but we had to give citations from various grammar rule books–such as the Chicago Manual of Style–and explain WHY it was wrong. It was NOT an easy class by any means, but I eeked out an A, and it was one of the first grades I received in grad school.

Did you have an editing class that was similar to what this gentleman was teaching or what I experienced? Did it help you as a technical communicator (I know it helped me!)? Share your experiences in the comments below.

As doctoral programs become more flexible and students seek to enhance or change their careers, enrollment of older adults grows.

Source: Taking On the Ph.D. Later in Life – NYTimes.com

Thanks to Craig Cardimon for posting this on LinkedIn.

I hope this trend of flexible PhDs continues. Just a couple days ago, both my husband and I were commenting that if money were no object, and we were retired or hit the lottery, we’d both want to go back to school, and I would love to get my PhD. Right now, it wouldn’t be for professional reasons, as a Masters degree seems to be fine for now.  But to get a PhD in Technical Communications would be cool. I also wouldn’t mind getting an advanced degree in linguistics or history either.

I’m willing to bet that as more PhD programs take on an online presence (there’s only one PhD in tech comm online, namely at Texas Tech, as far as I know), and hopefully become more affordable, more folks will not only sign up for the programs, but also people over 40 (like me and many others I know) might be more willing to go for it.  There are several great online degrees on a Master’s level or graduate certificate level in tech comm and instructional design.  Check out my Educational Resources pages for some leads if you are interested, or let me know if I’m missing a program that I can add to the list (or update)!

Would you consider going back for a PhD in a discipline? If so, what would it be? Let us know in the comments below.

Ben Woelk, technical communicator and Information Security Office Program Manager at the Rochester Institute of Technology, talks about being an introverted leader and how it’s changed his career and his passion. Mentioned during this episode Ben Woelk on Twitter STC … Continue reading →

That’s right! Ed’s got another webisode of ContentContent up, and this time, it’s with Ben Woelk! Ben was one of the first people I met when I first got involved with the STC, and he’s been one of the great mentors I’ve had within STC ever since then.  I remember him putting me at ease at my first STC Summit because I was rather shy and hardly knew anyone, and he was awesome in assuring me that all would be well–and he was right.  His take on introverted leadership has been catching like wildfire in the last year, as I think he’s tapped into something that many technical communicators grapple with–how to be a leader when you are an introverted person.

Take a listen, and let Ed know what you think about the webisode!