Do you speak the Queen’s English? It’s a Rhetorical Question.

Posted on November 15, 2012 by TechCommGeekMom 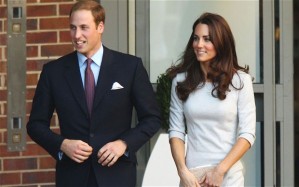 William and Kate,
aka The Duke and Duchess of Cambridge

I’ve been a big royalty follower for 30 years. It started the weekend before the wedding of the Prince of Wales and Lady Diana Spencer, and it hasn’t stopped since that time. Nor has my interest in royals been limited to just the Brits. I’ve always been fascinated by any royals, no matter the nationality, and keep up with the “royal gossip” reading Hello Magazine online.

So, what does this have to do with anything, especially something related to technical communications? A friend of mine found the following article in the Telegraph, which talks about how the received pronunciation of how the Duke of Cambridge’s elders speak is starting to change to a more modern pronunciation, with less crispness and precision than in the past–more like how the Duchess of Cambridge and many average Brits speak.

To me, this fact is of notable significance. English, like any other language, is a constantly evolving language. While the same base language is spoken among those claiming to speak English, there are significant differences not only in pronunciation, but also in how it’s used. Those speaking English in India, Australia, and New Zealand greatly differentiate from their fellow speakers in Canada, the U.S. or South Africa. Heck, just within my own state of New Jersey, there are different pronunciations of certain words! Different vocabularies and different expressions are used often, but the foundation of the language is the same. This also applies to other languages as well that are used globally like Spanish and French.

This is an important thing to note, as rhetoric is a good part of technical communications. How language is presented in spoken word, whether by a recording, audio file or video file, can make a difference as to whether the message being delivered is clear to the audience.  This also has an impact on the translation in technical communications. Recalling Val Swisher’s talk on Adobe Day, the choice of words when writing documentation that needs to be translated into other languages is critical. Using expressions or colloquialisms is frowned upon, as often these expressions cannot be translated directly.

However, I’ve also seen this happen within different English dialects. For the past two months, I’ve been teaching a virtual technical and business writing course to Asian-based employees of a very large global software company. Of all the students I had, only one was a native English speaker. Knowing that typically British English is used outside the Americas to learn English, I did my best to adapt my vocabulary accordingly. (Good thing I’m such an Anglophile and watch a lot of British television these days!) Even with that, I could hear from my students–who usually spoke English well–that certain nuances from their particular locales still came through their speech, and I don’t mean just accents.  Students from India and Singapore were much more formal with their words and phrase choices than their colleagues based in Korea or Kuala Lumpur. There’s nothing wrong with that, but merely an observation.  I also thought about how American English has changed. If one watches an American film made in the 1930s or 1940s, much of the rhetoric used was very different from today, much like the American equivalent of the Queen’s English described in the article above. There are still very good speakers in the U.S, but that crispness of speech is more relaxed and modern.

For me, I think my rhetoric holds up decently enough. I know that I will slide into some bad habits now and then, but not too often. I don’t have a pronounced “Jersey” accent that’s put forth on television shows, but I am a native Jersey Girl through and through. (You can judge for yourself on the home page of my e-portfolio, where I’m featured in a video for NJIT’s MSPTC program.) One of my younger sisters is an actress, and while she has had extensive elocution lessons, she doesn’t necessarily have a particular accent, especially a “Jersey” accent. So when a famous British actor met her years ago and spoke with her at a book signing, he swore she was from Sweden and not from New Jersey!

As we become more globally aware, thanks to Internet connectivity, we need to become more aware of how we communicate to each other rhetorically to make sure that we understand each other as clearly as possible. As technical communicators, we should be setting the standards and leading the way for others.

So as you speak to fellow English speakers that you know locally and globally, how does your rhetoric stand up to the rest?