Posted on March 9, 2012 by TechCommGeekMom 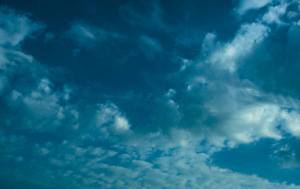 Apple made it known to users of iWork.com that their documents would no longer be saved there in favor of iCloud.  You can read more about it here.

Okay, I have no problem with that. It makes sense that Apple is pushing iCloud hard, and has been since the release of the iPad two and the iOS5 that came out. Fine.

But there’s a problem.

If you are using the iWork apps in iPad or iPhone (I can’t speak for Macs, since I don’t have one), if you try to utilize the “Share and Print” feature, you can’t save it to the iCloud. Oh no, you can’t.  Well, I speak only for the “Pages” app, which is the only one I’ve downloaded for my iPad. I’ve updated it as far as it can be updated, but that little feature hasn’t changed. It can share to iWork.com, or to iDisk, but there is no feature to go to the iCloud. Now, you’d think that perhaps the iWork.com option would reroute to the iCloud, but noooOOOOOOOooooo. It doesn’t.  Now, I’ve set up an iWork/iCloud account, and so, naturally, I would think that I could try to save my docs there. They do save when I sync my iPad with the iCloud, but I don’t think they save to my iCloud/iWork account at all. It’s frustrating.

One of the big things that is important and a hot issue with mobile technology right now is the ability to be able to have a singular experience between your mobile apps and your…non-mobile apps (like your desktop/laptop). This was a big issue for RJ Jacquez on his blog very recently in the post named, “The Importance of Having a Singular Computing Experience for Mobile Learning,” noting Amazon’s Whispersync and Dropbox as examples of those who have it right.  So obviously, this has been on my radar recently,  and often is since I try to be the mobile grad student, working off both my laptop and my iPad, depending on where I am at the moment.

Since Apple tends to be a leader in mobile technology these days, wouldn’t you think that they would’ve added another option to the iCloud in the Pages app if they are trying to push users in that direction? It seems so obvious, yet they haven’t done it. They can always take out the “Share with iWork.com” option out in an update release once the site is completely blocked.  It just doesn’t make sense to me.

Am I missing something?

Danielle M. Villegas is a technical communicator who has recently started her own technical communications consultancy, Dair Communications. She has worked at the International Refugee Committee, MetLife, Novo Nordisk, BASF North America, Merck, and Deloitte, with a background in content strategy, web content management, social media, project management, e-learning, and client services. Danielle is best known in the technical communications world for her blog, TechCommGeekMom.com, which has continued to flourish since it was launched during her graduate studies at NJIT in 2012. She has presented webinars and seminars for Adobe, the Society for Technical Communication (STC), the IEEE ProComm, TCUK (ISTC) and at Drexel University’s eLearning Conference. She has written articles for the STC Intercom, STC Notebook, the Content Rules blog, and The Content Wrangler as well. You can learn more about Danielle on LinkedIn at www.linkedin.com/in/daniellemvillegas, on Twitter @techcommgeekmom, or through her blog.
View all posts by TechCommGeekMom →
This entry was posted in Uncategorized and tagged Apple, iCloud, iPad, iWork, mobile, singular experience. Bookmark the permalink.